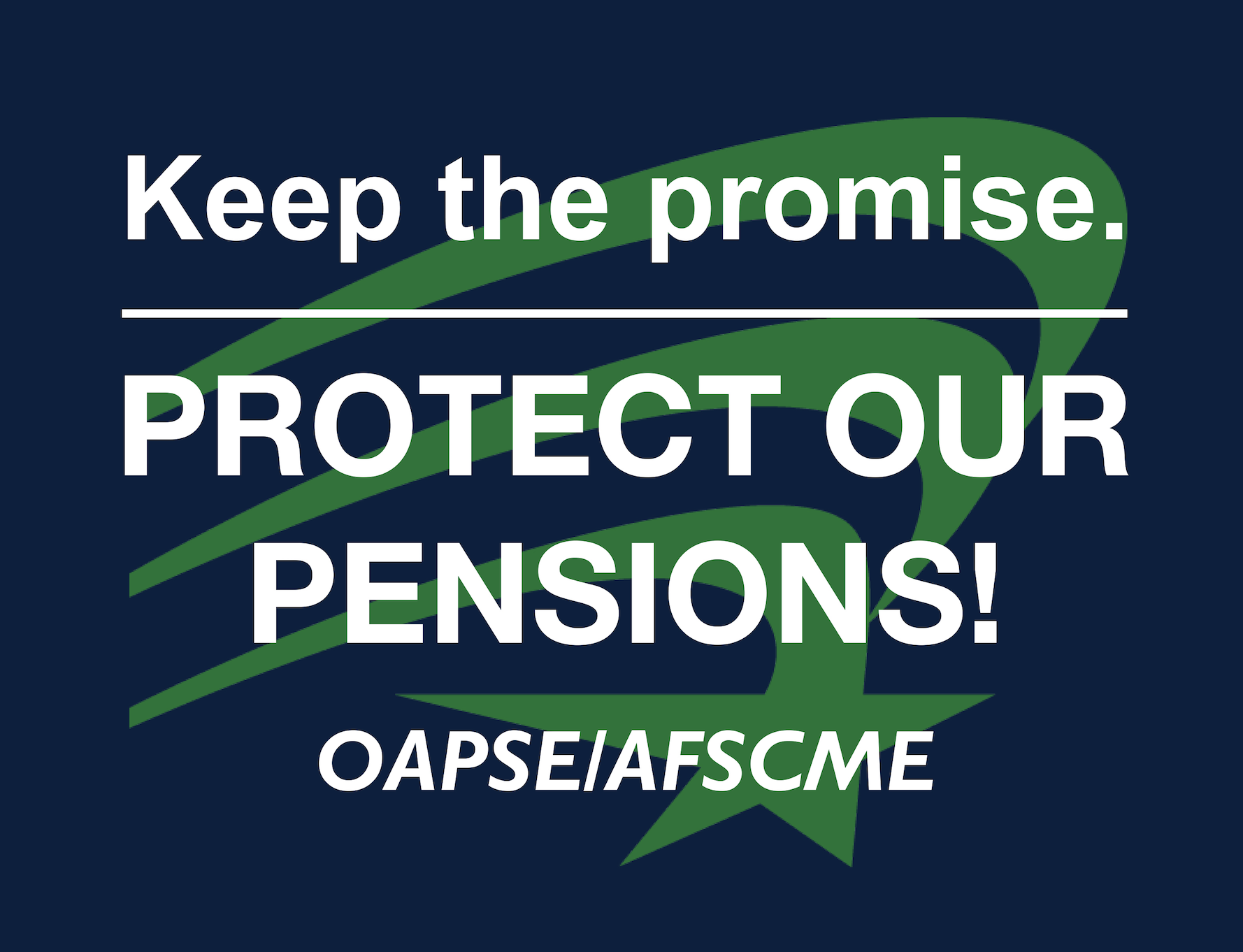 In a move that ignores OAPSE members and retirees and the basic mission of SERS, the SERS Board of Trustees on Thursday voted to give staff merit-based raises of at least 3 percent. This move comes on the heels of the same board members freezing the cost-of-living adjustment (COLA) for 80,000 retired school employees.

State Vice President Lois Carson and Retiree Karen Holdridge addressed the board members before the vote to tell them what life is really like on a fixed income and how decisions about retiring are affected because of the uncertainty of the COLA situation.

Their stories fell on deaf ears, and the board voted unanimously to award the raises. Below is a media release detailing the meeting with videos of Lois and Karen.

You can also view the lawsuit filed by OAPSE against SERS for implementing the COLA freezes.

Below is the press release OAPSE sent to media, legislators and union friends.

SERS Board of Trustees Members Vote to Give 3 Percent Raises to SERS Staff after Denying Cost-of-Living Increases to 80,000 SERS Retirees

In a unanimous vote today, SERS Board of Trustee members awarded raises of at least 3 percent to 178 SERS employees, including highly compensated employees earning between $250,000 and $320,000. This vote follows a board decision in the fall of 2017 to freeze cost-of-living increases for 80,000 SERS retirees, whose average monthly retirement benefit is $1,233.33

Before the vote, retiree Karen Holdridge addressed the board to give them a glimpse of what life is like on a fixed income with no COLA while rent, gas, utilities and all other expenses are rising.

“I live in a low income apartment complex just so I can afford to pay my rent…I’m barely scraping to pay it now. I’m very frugal. I don’t even have cable or regular TV. My source of entertainment is reading a library book,” Holdridge said.

A bus driver for nearly 20 years before her retirement two years ago, Holdridge said her rent is increasing next month, leaving her with fewer funds to afford groceries and other basic necessities or to travel to see her children. She has a job, but fears that at 71 and with health concerns, she will not be able to keep it much longer.

Lois Carson, a 30-year secretary with Columbus City Schools, told the SERS board that although she is eligible to retire, she will have to wait five or 10 years because of the uncertainty of the COLA issue.

A widow, Carson said that according to staff reports, “You look pretty good financially, that’s great, because that money is going to be mine someday. It’s not great for Karen, who didn’t get her cost-of-living increase… but great for you guys because you’re giving yourself a 3 percent raise.”

“We trusted you with our pension. You froze it. You have money to give yourself a 3 percent raise based on merit. Based on what you did investing our money. So you’re increasing YOUR pay. Not on your money. Not on taxpayer money. On MY money. On Karen’s money. I’m angry,” Carson said, noting that her last wage increase was 1.25 percent.

“The notion of giving SERS employees a sizeable raise while freezing the COLA for 80,000 retirees is insulting. If the system is doing so well financially, why continue a 3-year freeze on the COLA for the people who need it the most — the people who worked all their lives and deserve dignity and financial security in their retirement? SERS should be watching every last penny until their first priority — retired school employees — are taken care of,” said OAPSE Executive Director Joe Rugola.

OAPSE is suing SERS seeking to halt the COLA freeze.
“This kind of behavior by the board is exactly why we sued them. And like Lois said in her remarks to the board, we will keep fighting for OAPSE members and retirees every day. You can count on that.”