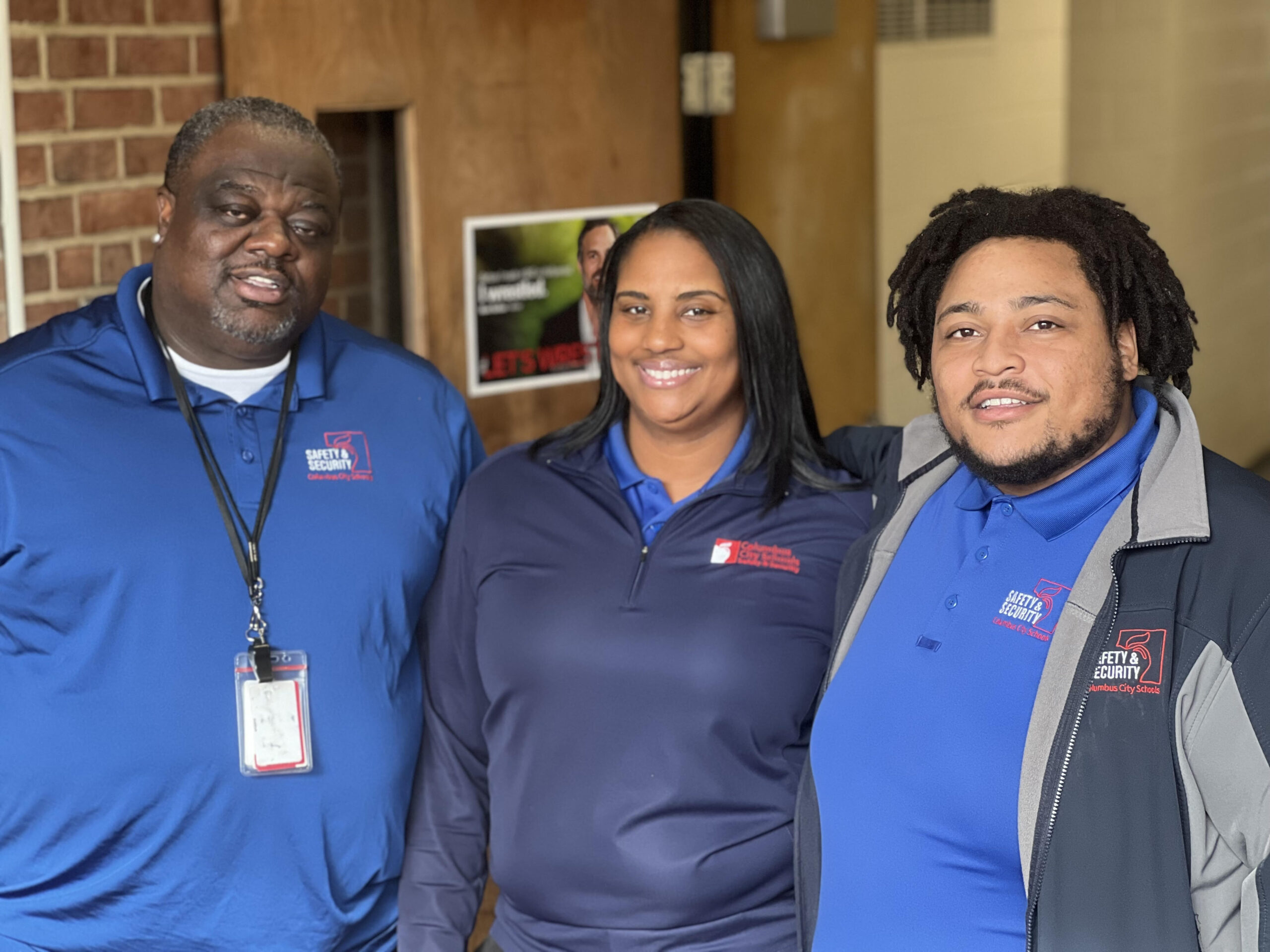 Safety and security officers at City of Columbus Schools voted overwhelmingly to become part of OAPSE and are now members of Local 581. They have already negotiated a new contract with management that won them huge wage increases and strong contract language. All officers were brought up to the highest pay rate and will receive 4 percent pay increases and $2,000 bonuses administered in four payments. Bidding procedures were vastly improved, and overtime will be given to officers before supervisors.

Local 581 President David Wellborn said forming a union has been life-changing for the 130 members.

Wellborn was a juvenile corrections officer at the Department of Youth Services (DYS) and came to Columbus City Schools as a way to reach students before they end up incarcerated in a DYS facility.

“I love the work here – reaching kids at school and helping them. But I’ve always known we needed a union here. I come from union, so I knew what a difference it makes to have a voice and get to the table to negotiate. We got a really favorable contract that gives our members a lot more money and more power at work,” Wellborn said.

Check out the video below to hear more about David and the new union contract.

“This is a huge win for these hard-working employees. The strength and power they got by joining OAPSE meant a big difference for them and allowed them to negotiate improvements across-the-board,” said Andre Washington, the Local 581 field representative who helped negotiate the contract.

Safety and Security Officer Trey Fowlkes was instrumental in organizing his coworkers, signing many of them up on blue organizing cards. He said he was still on probation when he started organizing but was so determined to get a union that he continued to approach other officers.

“I came from a union, from the railroad,” said Fowlkes, who is now the Local 518 treasurer. “I wanted the union here so we can hold management accountable. Before we got the union, management could just change our working conditions with an email.”

Fran Simmons, vice president of the new local, explained her reason for joining the union this way: “I wanted to be a member of the union for job security, to have backing to negotiate a fair contract and wages. I also wanted to take advantage of the educational opportunities for myself as well as my children.”

When more than 90 percent of eligible workers signed cards, management agreed to recognize the union without an election.

“We are thrilled to have these new members, and we will be adding more officers to the local as the district continues to hire them,” Washington said.