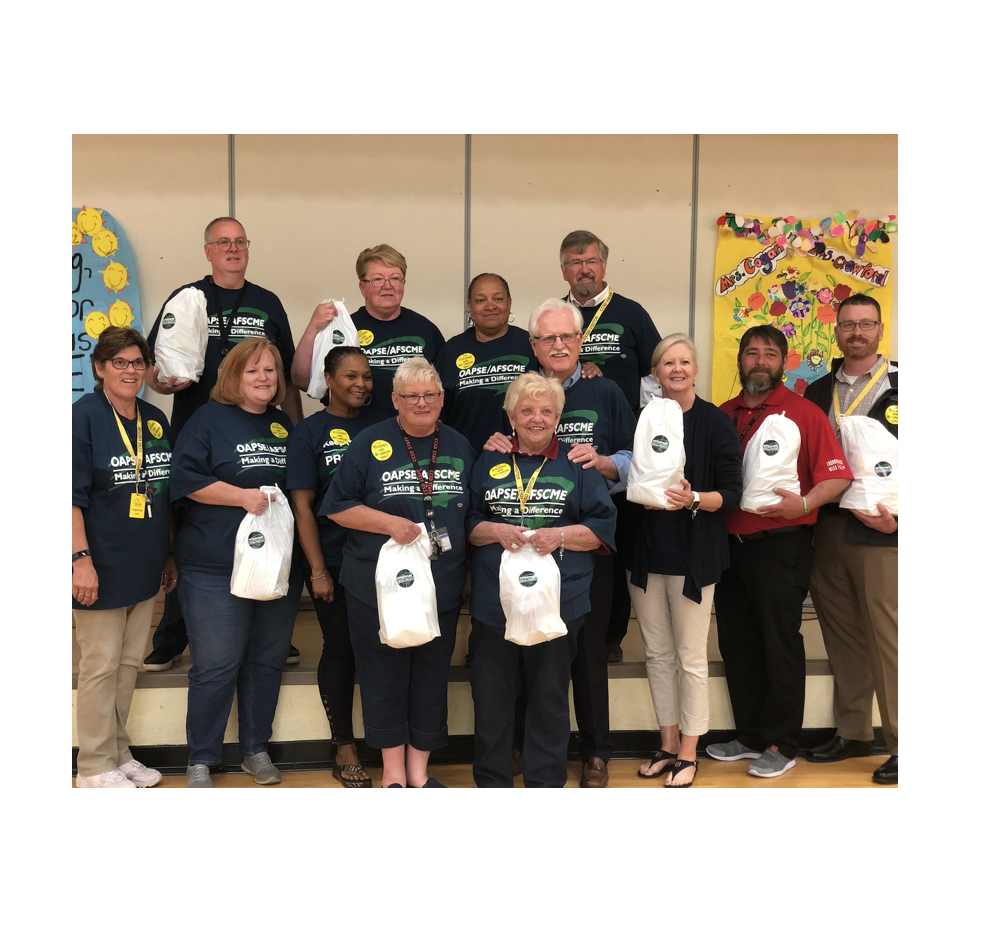 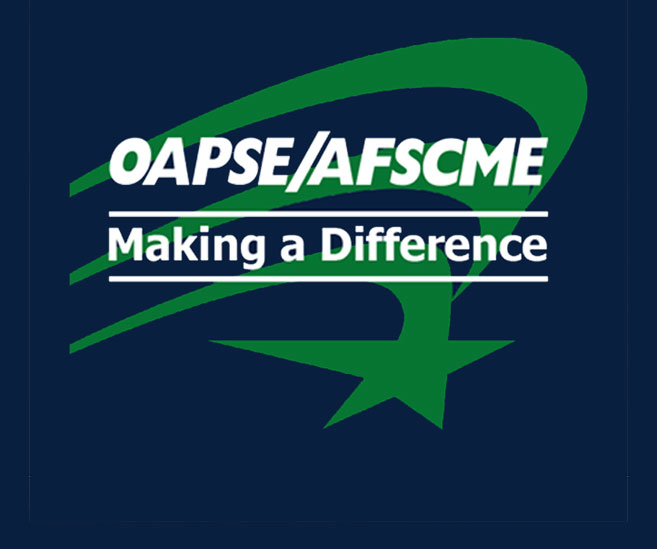 CANTON – On May 21, OAPSE local and district leaders in Canton and the North Central District provided meals and snacks to all pre-K-second grade elementary students in Canton City Schools as part of the union’s OAPSE Making a Difference (OMAD) program. The charitable foundation has helped feed more than 12,000 hungry students throughout Ohio and has raised more than $85,000 since its start in 2014.

Officers and members from OAPSE locals 107, 161, 161A, and 609, which represent workers at Canton City Schools, made the delivery to 400 students at Harter Elementary School, and staff at the six other pre-k through second grade schools handed out the meals and snacks to the other 1,600 students. The local union represents bus drivers, bus aides, mechanics, maintenance workers, food service workers, library aides, custodians, security guards, educational aides and paraprofessional workers in Canton’s elementary, middle and high schools.

A 32-year Canton City Schools employee, Jackie Leisure works in the child nutrition department at Canton McKinley High School and is vice president of Local 609. She also serves as an alternate on the OAPSE executive board and as the East Central District treasurer.

“OAPSE started our foundation because we see children every day – in Canton and in schools across Ohio – who just don’t have enough to eat. Our members know that kids can’t be at their best when they are hungry. So, we started our foundation to raise money and provide food for some of the neediest children in our state. As parents and grandparents, OAPSE members know every family can use a little help, and we wanted to make a meaningful contribution,” Leisure said.

Volunteers from locals 107,161,161A and 609 stuffed tote bags with snacks and meals. Union members, local unions, districts and OAPSE staff donated more than $13,000 to make this year’s project possible. And OAPSE has worked closely with Champion Foodservice on all its OMAD projects. Champion Foodservice gives OMAD a great price on the food and allows OAPSE locals to feed students every year.

To see highlights from the day, click on the video below.