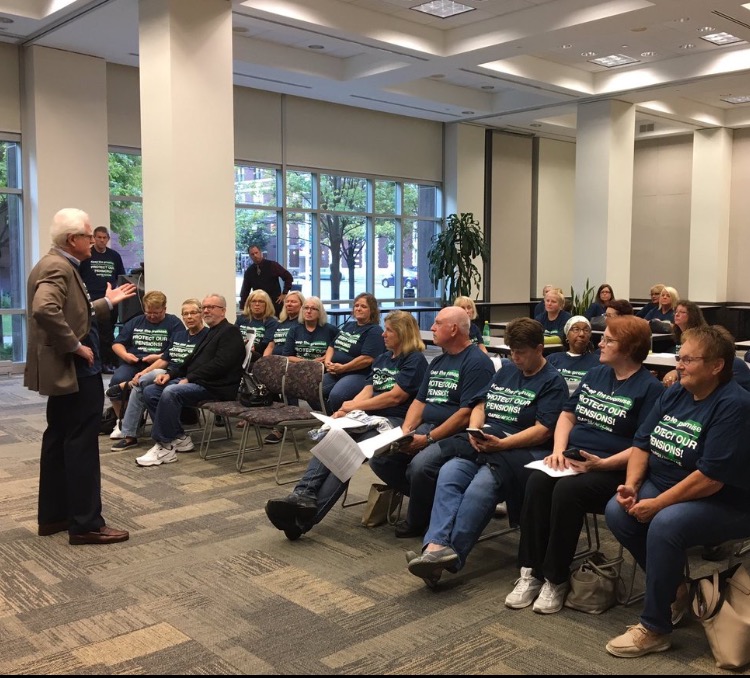 OAPSE Executive Board members and activists from across Ohio attended the meeting in Columbus.

“We have been very clear about our position on these COLA cuts and freezes. Hundreds of our members rallied at SERS this summer. We called. We sent postcards. We attended board of trustee meetings, and we had numerous conversations with the trustees. Unfortunately, the SERS board of trustees ignored our members’ voices,” said OAPSE Executive Director Joe Rugola.

He stressed that the fight for fair pensions for OAPSE members is far from over.

“We want our members and retirees and SERS officials to know that this vote is just a first step in our long-term fight to protect the pension benefits of our active and retired members. We will file a lawsuit against SERS and the implementation of these COLA cuts,” Rugola said.

“For too long, Ohio retiree system boards of trustees have been making decisions based on manipulated and sometimes deceitful information presented to them by so-called experts.”

He stressed, “We will use every tool at our disposal to win this battle. OAPSE members have an average pension of less than $1,200 per month and many don’t get Social Security. The COLA cuts and freezes will be devastating, and we will not rest until we have exhausted every single option available to us,” Rugola said.