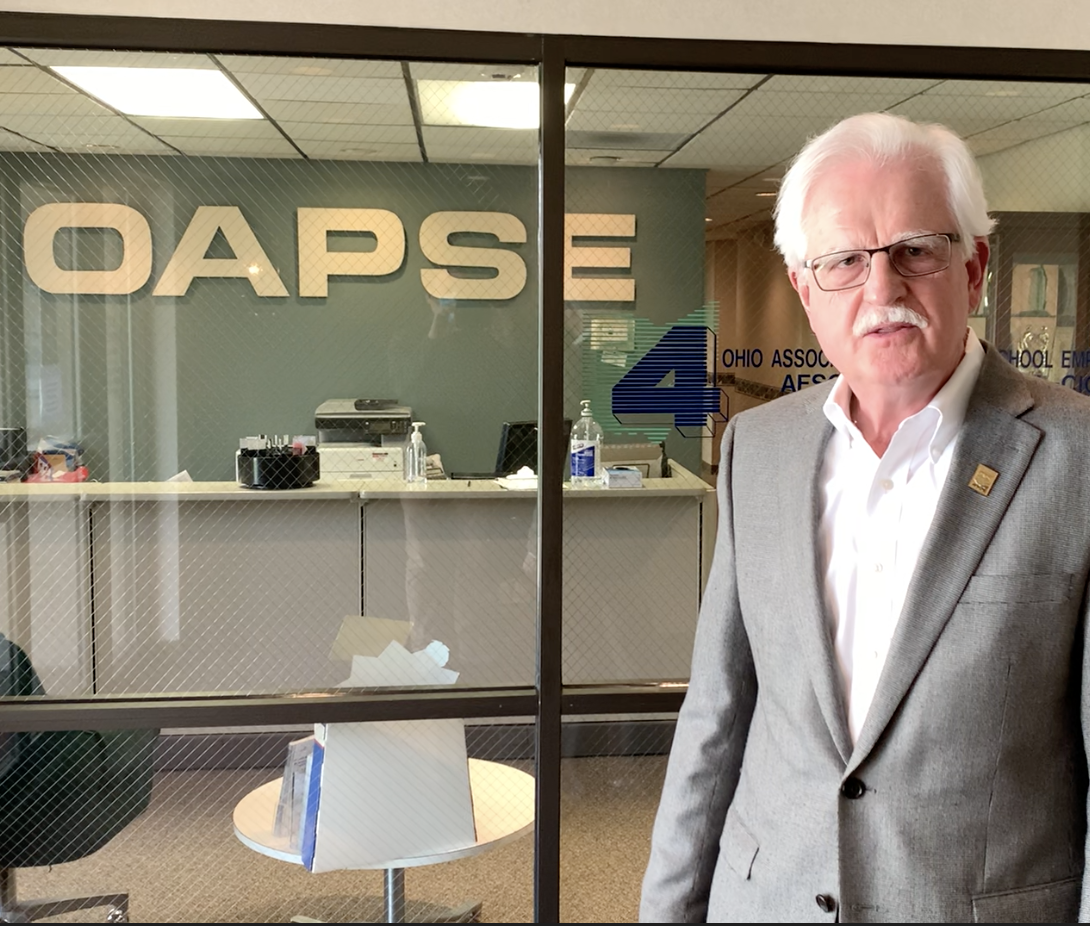 April 21 is the day we recognize the contributions of the OAPSE members who serve as administrative professionals! Take a look at the video below for more about the importance of the work they and all OAPSE members do to provide critical services to our schools, boards of developmental disabilities, community colleges, Head Start agencies and libraries.

Thanks to our work with AFSCME International on passage of the CARES Act and American Rescue Plan packages, the state budget has the resources to keep our economy and state moving forward and avoid drastic cuts to the services our members provide.

For years, OAPSE has championed the importance of fair funding for school districts and supported court battles, some of which went all the way to the Ohio Supreme Court, to try and get poor urban and rural districts the funding they deserve – just like wealthy school districts get.

OAPSE has worked closely with OEA, OFT and the education management groups like the school boards and treasurers on HB 1, the Fair School Funding Plan. That led to us being able to get the new fair funding formula in new state budget bill, HB 110.

The Fair School Funding Plan is a fair and equitable school funding system that reflects what it actually costs to provide a good education, and how much a community can actually afford to pay. This plan will finally address the root problem of Ohio’s school funding system, the reason why it has been ruled unconstitutional four times in the last 24 years. The current funding system provides unfair advantages to wealthy districts at the expense of the poorer rural and urban districts.

The Fair School Funding Plan will fully and fairly fund Ohio’s schools. The plan also funds community schools and vouchers with direct state payments instead of sending the money with the student when they go to a charter school or use a voucher. This will help the public know the true and accurate funding levels of charter schools. And it means public schools will not be financially penalized when a student leaves for a charter school or receives a voucher.

The state share of the base transportation formula for school districts is increased from 25% to 29% in this first year and to 33% in the second year of the budget. It continues to increase back up to its original level of 50% at the end of the six-year phase in of The School Funding Plan.

The budget for developmental disabilities programs has a $70 million dollar increase in the county board waiver match in the first year and a $62 million increase in the second year of the state budget.

HB 1 and HB 110 will continue to be considered by members of the Ohio House of Representatives before they vote and send the bills over to the Ohio Senate. We will keep you updated.

OAPSE continues to fight for strong pension benefits for retired members. We have been keeping a close watch on changes discussed by the staff and the Board at the School Employees Retirement System (SERS), which could devastate OAPSE members when they retire.

The union worked with OAPSE active and retired members on the SERS board (Vice Chair Barbra Phillips, Jim Haller, Cathie Moss and Frank Weglarz), and all members of the SERS Board decided not to change the final average salary calculation or what constitutes a full year of service credit. Those discussed changes could have cut benefits to future retirees by as much as 10 percent.

With the goal of keeping the pension fund as strong as possible for as long as possible, OAPSE continues to discuss with SERS board members and staff the sustainability of the fund and to look at potential changes and how they would affect retirees.

OAPSE will continue to work with SERS Board members to make sure OAPSE retirees are not subjected to unnecessary cuts. And we will to continue to oppose cuts and freezes to COLAs, including those implemented four years ago.

The national union continues to push for total repeal of the Social Security GPO & WEP issues in Congress. Thanks to their work and OAPSE’s efforts and petitions highlighting the injustice of the GPO & WEP, several bills have been introduced in Congress calling for the total repeal.

Rep. Rodney Davis (R-IL) has sponsored H.R. 82 with 129 bipartisan cosponsors and Senator Sherrod Brown (D-OH) is ready to introduce a companion bill in the U.S. Senate. We will continue to work with our National Union to keep these issues a priority and an integral part of any Social Security reform package discussions in Washington.

Click below to watch a message from Executive Director Joe Rugola, and be sure to stay tuned for news about our next steps!