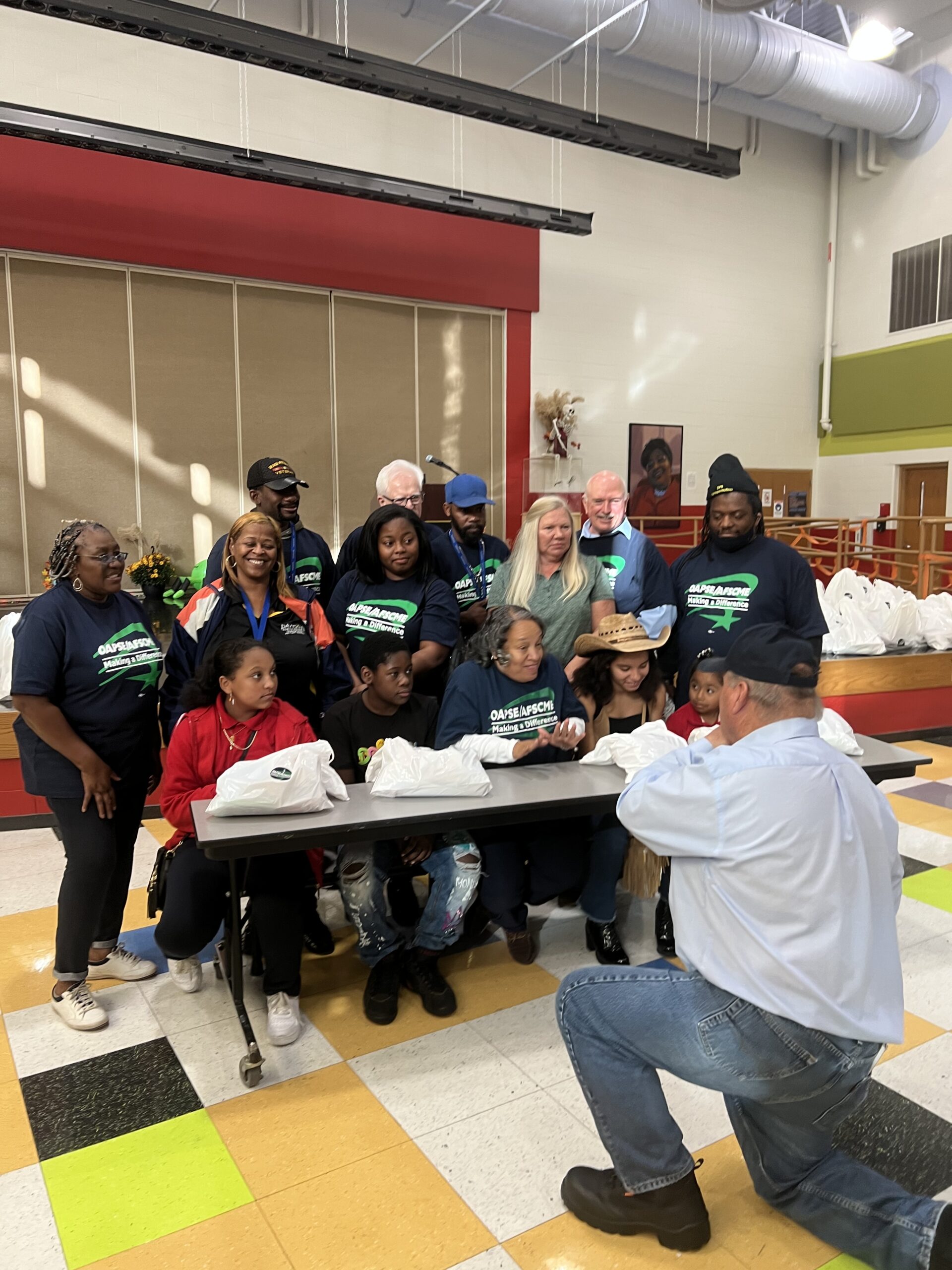 The OAPSE Making a Difference Program went to Dayton to feed 2,600 elementary students. What a success! Leaders and members of Locals 627 and 643 joined OAPSE statewide leaders and representatives of Dayton Public Schools to give the bags to students at Roosevelt Elementary on Thursday, October 13. See below for details and photos.

DAYTON – Leaders from the Ohio Association of Public School Employees (OAPSE/AFSCME Local 4) provided meals and snacks to 2,600 elementary students at six schools in Dayton Public Schools (DPS) as part of the union’s OAPSE Making a Difference (OMAD) program. The charitable foundation has helped feed more than 22,000 hungry students throughout Ohio and has raised more than $175,000 since its start in 2014.

An 11-year employee of DPS, Kenny Jones is a paraprofessional for the district and is president of Local 643.

“OAPSE started our foundation because we see children every day – in Dayton and in schools across Ohio – who just don’t have enough to eat. Our members know that kids can’t be at their best when they are hungry. So, we started our foundation to raise money and provide food for some of the neediest children in our state. As parents and grandparents, OAPSE members know every family can use a little help, and we wanted to make a meaningful contribution,” Jones said.

Volunteers from the OAPSE local unions at DPS stuffed the bags for students who attend Eastmont, Ruskin, Westwood, Valerie, Kiser, and Roosevelt elementaries. And OAPSE has worked closely with Champion Foodservice on all its OMAD projects. Champion Foodservice gives OMAD a great price on the food and allows OAPSE locals to feed students every year.

“The district is grateful that OAPSE chose to donate food to six DPS elementary schools,” said Dr. Elizabeth Lolli, Superintendent of the Dayton Public School District. “This work truly makes a difference for DPS families and helps ensure students have the resources they need to be successful in school. ”

OAPSE/AFSCME Local 4 is the most powerful voice for the hard-working women and men who serve Ohio’s school children, community and technical college students, those in early childhood education programs, children and adults with special needs and those who take advantage of our public libraries and other community services.