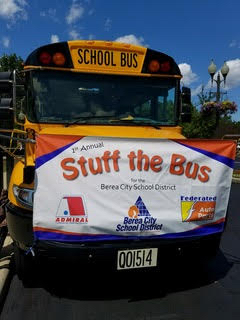 OAPSE members go the extra mile for the students they work with every day. So when members of Local 473 at Berea City Schools saw that their students needed help with school supplies, they did something about it and created the “Stuff the Bus” campaign, which collected more than $4,000 worth of supplies for district families.

Local President Laura Haas and Vice President Alice Sedivec had been thinking about the school supply needs of district children for a few years and decided that the time had come to put into action their plan of collecting school supplies for children in Berea Local Schools and filling a district bus with the donations.

“We know that our families are struggling just like everyone else, so we wanted to take action and make a difference in a meaningful way for our students and their parents,” said Haas.

She and Sedivec contacted their supervisor and the board of education, who okayed the use of a district bus and helped promote the event throughout the district.

“The next step was to enlist the help of the mayors of the cities we serve – Berea, Brook Park and Middleburg Heights. They were very helpful and extremely supportive. Each city put the information about “Stuff the Bus” on their websites and Facebook pages, and some put up notices in the recreation centers. It really helped us get the word out about what we were doing and how the community could join us in supporting our children,” Haas said. 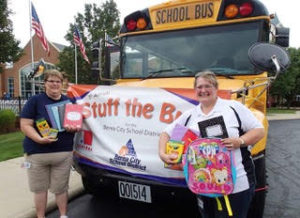 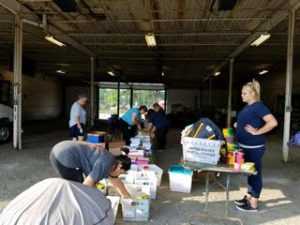 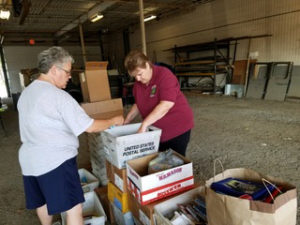 Sedivec said “Stuff the Bus” drives were held in each of the three cities on three consecutive weekends. Supplies were then sorted, and on August 12, families could pick up the supplies at the Berea City Schools Transportation Department.

“This was all done by 18 volunteers from Local 473 and three family members, including our husbands. Some helped to sit with the bus collecting supplies, moving boxes off the buses, sorting out the supplies and handing them out and delivering extra supplies to each of the schools so they have some in case students need more.” said Haas.

She said the families who came to pick up supplies were grateful for the help.

“We got big hugs, and some people were crying because they appreciated our efforts and told us how much this was going to help them.”

Sedivec added, “It was a true labor of love to our communities. We are so proud to call Berea, Brook Park and Middleburg Heights home, and we’re looking forward to making this an annual event. It was an amazing experience.”