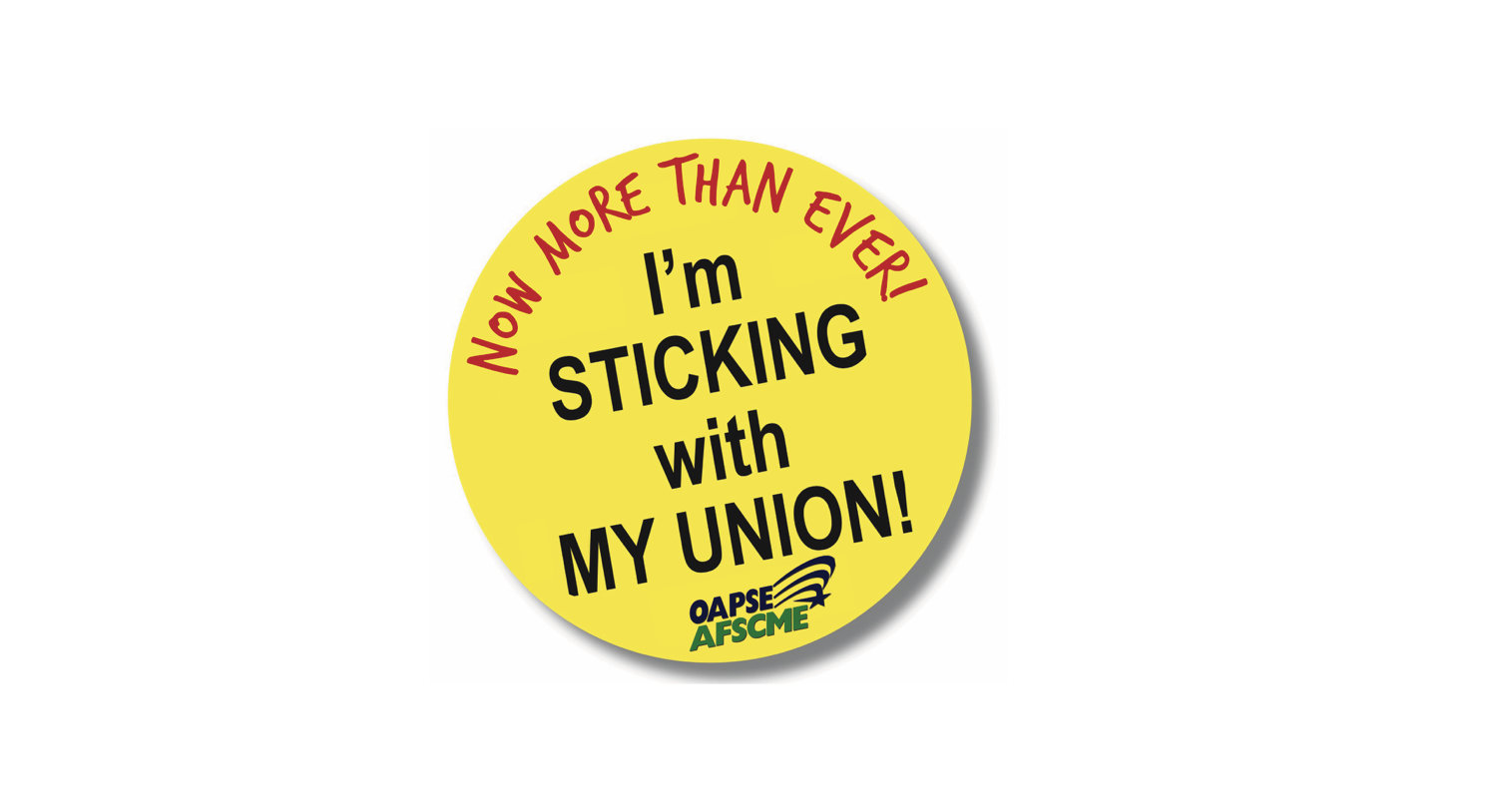 As the so-called “Freedom Foundation” continues to spread lies about OAPSE, the state officers want you to know the truth. This group and others like them get their money from the super rich who want to destroy unions because they know your union gives you power and a voice at work. Take a look at this letter from State President Lois Carson, State Vice President Mike Lang and State Secretary Sandy Wheeler. And thank you for Sticking With the Union!

As members of OAPSE ourselves, we are writing to you to address the many lies being pushed on our members by people who want to destroy our union. They are front people for super-rich, anti-union forces who hate the idea that OAPSE fights for decent wages, good benefits and secure pensions for our members.

If you doubt that, just look at how hard companies like Starbucks and Amazon are fighting to keep unions out of their stores and warehouses.

Among the worst of the many lies they are spreading:

STICK WITH THE UNION.