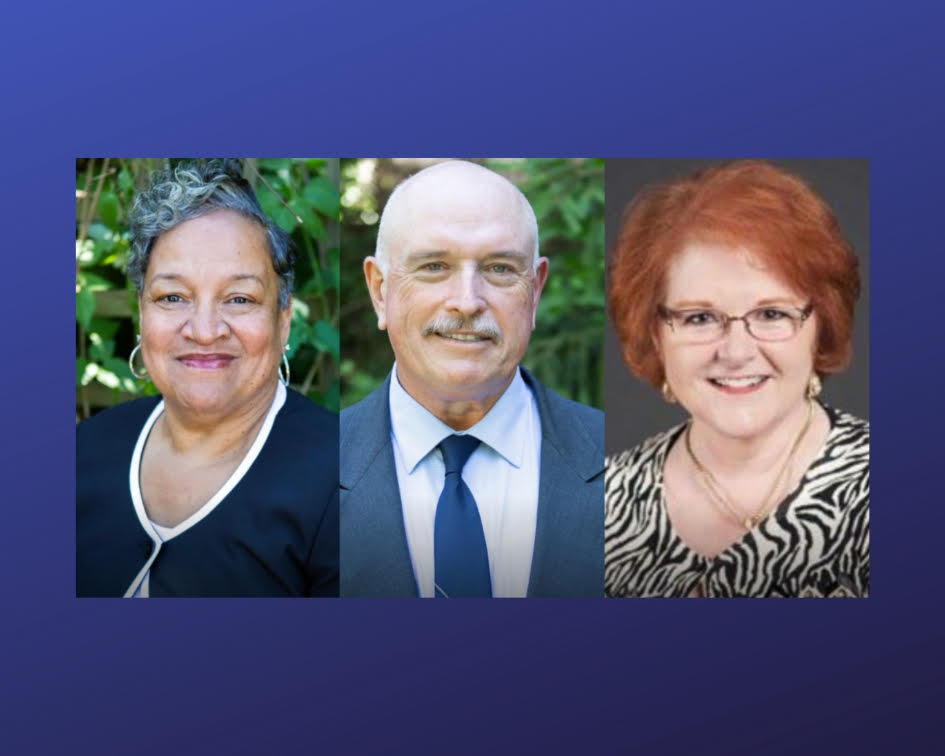 Congratulations to OAPSE State President Lois Carson, State Vice President Mike Lang, and State Secretary Sandy Wheeler on their election to a new four-year term as the team that will lead our union.

“Our current state officers were the only ones nominated. Therefore, they will be sworn in for a full term at the OAPSE Executive Board Meeting in May 2021,” Payne said in her letter to presidents and district officers.

Carson, Lang and Wheeler have been serving together in the top union offices since July 2019. This will be their first full term. Wheeler has been state secretary since 1991. Lang was elected state vice president by the OAPSE Executive Board when Lois Carson became state president in July 2019.

“We are very humbled and honored to serve the members of OAPSE, and we pledge to work hard each day to make sure every single person we represent is treated with justice and fairness – especially in the tough times we are facing now and in the near future,” said Carson.

Lang said the global COVID-19 pandemic has shown just how important our union is to the 34,000 members across the state.

“Instead of having to face this crisis alone, we are all doing it together with the strong support of OAPSE’s executive board, local and district leadership and our staff. We have kept people working where possible and have made sure that pay and benefits have continued. And we need to keep sticking with our union and get through this health emergency and get everyone back to normal,” Lang said.

Wheeler noted that this period in our history is unlike anything she has experienced in her nearly 40 years as a member. She is thankful for our union and her opportunity to help keep it strong.

“None of us could have imagined this past year. It’s been tough in so many ways. But it has shown us the power of OAPSE and the strength of our union at the local, state and national levels. I am thrilled to have the support of OAPSE members. Serving as a state officer is a big responsibility – one we do not take lightly. We’re going to keep fighting for and with OAPSE members,” Wheeler said.