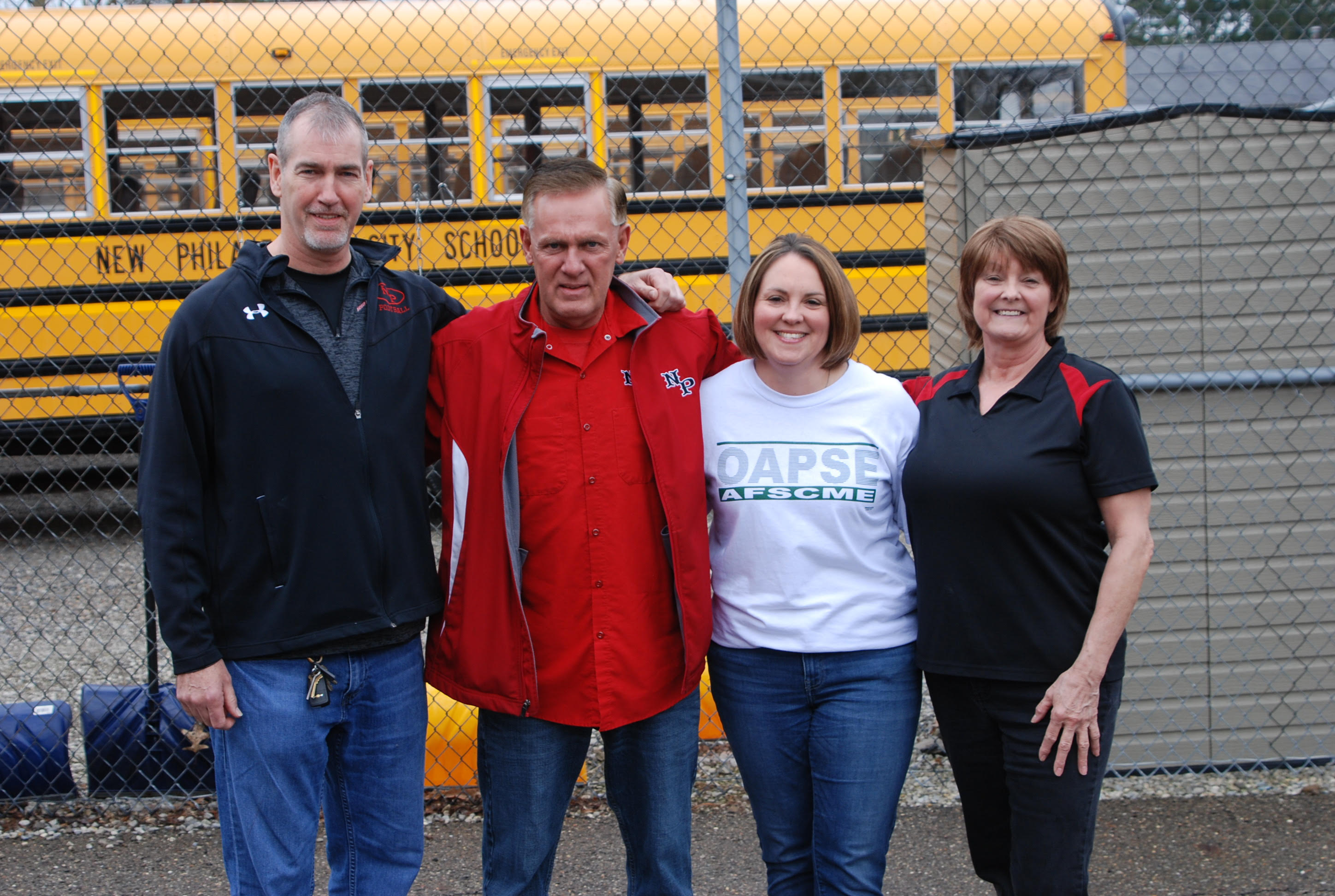 When President Buck Cottrell and the new leadership team of OAPSE Local 391 at New Philadelphia City Schools were elected, they were looking for a fresh start for their local. After a period of membership decline, the local membership was at its lowest level in years. Few members came to meetings.

“The first thing we asked ourselves is, ‘What can we do to make things better, to involve the members more, and to build trust,’” said Cottrell, a 37-year member of the Steelworkers until his plant closed in 2015 and left him and 175 other union members without their jobs.

He is now a bus driver for New Philly schools. Herron represents maintenance/custodians. Gaskill brings her expertise as a paraprofessional to the group. And Sickinger works in food service and gives a strong voice to her coworkers in the kitchen. Even though they come from different departments, they all work as a team to represent everyone in the local.

“Our goal is to do the best for everyone – for the whole,” said Herron. “So even though I may know the contract language for my department inside and out, that doesn’t mean they are the only people I look out for. We all bring to the table our skills and our knowledge and desire to do whatever we can for our members – wherever they work.”

The four started a one-on-one membership drive, and at their first general membership meeting, they signed up seven new people. And they have signed up a total of 16 new members, mostly through individual conversations about what the union is and the power that numbers bring.

Their secret? No secrets! The four communicate daily. They have set up a group text to stay in touch. And they rely on each other as a group to solve problems.

“Really, I think our actions speak louder than words,” Gaskill said. “We try to involve everyone and get their opinions and ideas. And that has paid off.”

“We have four true leaders, and I have learned so much from all of them. I know we have made a real difference, and I am very proud of that,” she said.

Cottrell said that with each new member comes a new sense of a tighter community and of strength.

“I’ve been a union member for 40 years, so I know what a union can do to make a difference and to give you power. We are building this local to represent our members and give them a real voice at work. We will always listen. And we will always do our best.”