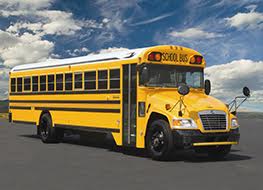 50 years ago, he took a job as a bus driver for Kettering City Schools to make extra money while his wife was pregnant. Now, OAPSE Local 573 member Terry Lloyd is marking five decades driving students to and from school in this Southwest District school system.

Since 1968, Lloyd has driven school routes and on field trips and is considered “a great asset” to the business services/transportation department.

You can read all about Terry below. His story appeared in the Dayton Daily News.

KETTERING —A Kettering school bus driver said he took the job to earn some extra money when his wife was pregnant. This week, he celebrated 50 years behind the wheel and getting students to class.

On Dec. 9, Terry Lloyd celebrated his 50th anniversary as a bus driver for the school district.

Since 1968, Terry has transported Kettering children to and from school and on field trips, has had good attendance and is considered to be a “great employee,” according to Business Services Director Ken Lackey.

That praise is echoed by Lloyd’s supervisor, Todd Silverthorn, who oversees transportation for the schools.

“He’s a great asset to the department,” Silverthorn said of the longest-serving bus driver on his staff. “Anytime we’ve had questions about how things were done in the past, we’ve had some conversations with him about how things have improved.”

Of course when you have longevity like Lloyd, teaching things to younger drivers doesn’t exactly mean they are young at all.

“He is a big role model to the drivers who have been here 38 years or less,” Silverthorn said with a laugh. “Everybody else has some pretty big shoes to fill when it comes to learning the business like Terry.”

Lloyd, 71, sifted through photos of the good old days that were on Silverthorn’s desk, and he recounted how he went from dutiful GM employee to day-to-day bus driver.

“My wife was pregnant with our first child, and I came here to work to get extra money,” he said.

He said he has witnessed many changes over the years behind the wheel.

“There has been a lot of improvement, and the buses are a lot better,” he said. “Better equipment, power steering, air brakes, automatics. Two-way radios. We didn’t have them when I started out. If you broke down, then you had to go and knock on somebody’s door at six in the morning, and they weren’t very happy about that.”

When asked if the attitudes of students have improved over the years, Lloyd took a breath, let out a laugh and said, “No. Probably have got a little worse.”

His wife Loretta is also a driver for the district and has been at the helm for 30 years. The couple has two children, 7 grandchildren and one great-grandchild.

Lloyd said he plan’s to keep on driving the bus for now.

“Depends on how healthy I am,” he said. “If I say healthy, I will keep driving, and I’m healthy right now.”

His words of advice for parents after 50 years of dealing with students is pretty straightforward.

“Just make sure they go to school and learn, and be with them whether its activities or schooling,” he said.